FYI!!:: I HAVENT READ THE SPECIAL YET! THIS IS ALL MY SPECULATION

Hey, I've also been thinking a lot. I know that I haven't posted much, sorry. Been busy. Anyways, I've been thinking about the Grey Folk also. What if they weren't all extinct? Maybe their's could be the souls in the Vault. Also, I hope that Eragon and Saphira wont die..Though Paolini said something about someone dying...If I had to say, I'd either say Ormis, Nasuada, or Orik. I'm open to criticism though. Anyways, imagine about what would happen if even one Grey Folk was left. I don't know how long they lived, but that would add an interesting twist. You have some pretty good ideas, Marshall.

OKAY, read the Special. Wow, I'm good...lol, I wonder if I could guess anything else.. 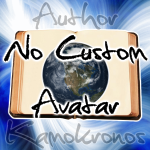 Lol, yeah, predict for me what I will write at the end

. Anyways, about the longevity of the GF, they would have to live for quite a long time to form the AL. A spell that huge would have taken up an enormous amount of energy, right? Paolini said that it drained them of all their power. Back on topic--it would take a long time for them to be able to sustain a spell like that, and it would take them a while so every GF would be trained enough in magic for every GF to participate.

The GF lived normal human lives and yes it was making the AL that killed all but the 2 in this story.

I didn't think that it told anything about their lifespan, but think about it. Changing the nature of magic itself. The energy requirements would be phenominal, and besides that I think CP said something about how every GF was in it, they became shadows of their former selves, and some took mates or something like that. It'd still take a long time for every GF to make it to a level of magic advanced enough to perform that spell.

Ah, forgot about that. Still, the GF would have to have an enormous amount of energy to pull it off, and still live.

Hmm...They created the AL years ago...right? So if say, a few survived, because maybe they didn't participate at all, or were on another continent exploring...not many would have had to survive for Arya and Syra to have been born...as in, all you would need is one or two, mated with Elves and such, and years later you have Arya and Syra. So if they live a span of 100 years, and it was a thousand years ago, thats just 10 generations...right? So its possible for them to survive and stuff...right?

All very interesting, but this has gone a bit off topic, so I will start a new thread for you guys.

Anyway, keep up this discussion, because believe it or not, just reading these posts gives me lots of ideas and more specific details to include in my chapters

Lol i think inheritance fan is right about syra because she was 1/4 elve or what ever she is she was not killed by the spell.

If Syra was 1/4, her mom would be 1/2, and her grandma would have to be full GF. Say that the AL was formed 1000 years ago, a GF would have to live for atleast 350-400 years. The GF cast the spell, some went off and mated with elves, producing Syra's mom. That would be a while later. Then, Syra's mom went with another elf, producing Syra. Still, 350-400 years would be a long time. Inheritence Fan, the 10 gens wouldn't work. There would be only 1/512 of the GF bloodline left. The AL might have been created more than 1000 years ago, but idk. I'm sure that it's not less, though.

Well, not for me